The 20th century: towards universal recognition

The success of Bourgogne slowed momentarily at the beginning of the 20th century with the First World War, Prohibition in the United States and the Great Depression. After the Second World War, the market for Bourgogne wines gradually returned to its previous vigor and this success is confirmed today - Bourgogne wines are now available in almost 180 countries.

To find out more

On 8 December 1936, Morey-Saint-Denis became the first Bourgogne wine to be awarded an Appellation d’Origine Contrôlée. This was followed by many other certifications, guaranteeing wine lovers the authenticity of Bourgogne wines. 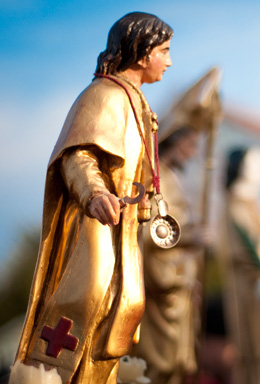 When the First World War broke out, the people of the Bourgogne region along with the rest of the French population were called up to fight. Wine production slowed and the conflict interrupted exports of wine to Germany and Belgium.
The October Revolution in 1917 also closed off the Russian market.
In the context of this economic slump, many families found themselves obliged to sell some of their vines after the war. Small-scale winegrowers bought them up and some of these plots went on to become very famous estates.

With the Great Depression of 1929, the idea of certifying the quality of Bourgogne wines to encourage sales really took shape. The aim was to improve consumer protection against fraud by authenticating traditional wines and continuing local savoir-faire.

As such, in 1935, the system of Appellations d’Origine Contrôlée (AOC) was introduced. It involved several categories, inspired by Dr. Lavalle. In Bourgogne, there are now 84 appellations produced:

All of this information is included in strict specifications, the latest version of which dates from 2011/2012.

From the 1930s onwards, to find new sales outlets, winegrowers developed their direct sales activity. They were very successful and that success continues today.

To promote their wines, Bourgogne has also focused on its festive and fun traditions. A range of institutions and events have been created, including:

The term paulée is a local term for the festive meal to close the harvest, offered by the proprietor to his or her laborers. Since 1932, a paulée has been held every year at the Château de Meursault, on the Monday following the Hospices de Beaune wine auction to celebrate the end of the harvest. Each guest brings the wines he or she wishes to share at the banquet. This gives rise to some legendary and rare tastings where some very old Bourgogne cuvées meet wines from around the world.

Created in 1934, during the export crisis caused by American prohibition, this institution is the “mother” of all Bourgogne brotherhoods. It is behind the Tastevinage, a twice-yearly tasting that distinguishes certain Bourgogne wines in terms of their quality. The question asked is always the same: “Would you like to serve this wine to your guests?”

Since 1938, this festival – named after the patron saint of winemakers – has been celebrated at the end of January in a different village every year. It gives rise to many festivities and wine tastings that are extremely successful. It offers the opportunity to promote a particular appellation, and an early chance to celebrate the arrival of spring and the start of a new growth cycle in the vines.

The development of some renowned institutions 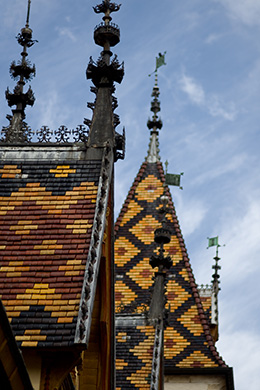 Furthermore, during the 20th century, the Hospices de Beaune wine auction became an international event. It was created in 1859, and is held on the third Sunday of November. In 2016, it will celebrate its 155th edition.

The 20th century also saw the rise of certain institutions that will, for years to come, have a place in the winegrowing world:

In 1923, the Chablisienne was created in the Yonne, the first cooperative cellar designed to promote wine sales. The movement spread across the south of the Bourgogne region, where the majority of the area’s wine co-ops still exist.
Today, 16 such cooperatives handle and average of 15-20% of all sales of Bourgogne wines.

This teaching establishment opened its doors in Dijon in 1995. It offers professional training in a wide range of wine-related areas including winegrowing, winemaking, wine sales, oenology and wine tourism.

Thanks to all these agencies, Bourgogne continues to extend its influence. Today, an average of 183 million bottles are produced each year, and half of these are exported.