The wines of Bourgogne from Royalty to Revolution: regime change

In the 17th and 18th centuries, the wines of Bourgogne were influential across all domains. Under the reign of Louis XIV, doctors recognized their health-giving qualities. During the Age of Enlightenment, the wines confirmed their success and were featured in literary works. Towards the end of the 18th century, the French Revolution led to the fall of the Ancien Régime and the abolition of privileges. The division of large estates confiscated from the nobility and religious institutions redefined the winegrowing landscape of the Bourgogne region.

In 1760, Louis-François de Bourbon, Prince of Conti (1717-1776), acquired La Romanée, one of the clos belonging to the Abbey of Saint-Vivant in Vosne.
During the Revolution, the Conti family had its assets confiscated. But La Romanée was spared when the revolutionaries divided up the land. Despite the historical context, the estate also took on the princely name of Romanée-Conti, which remained a symbol of prestige and excellence.

Statue in the Hospices de Beaune

The wines of Bourgogne, prescribed to the Sun King and featured in literary work 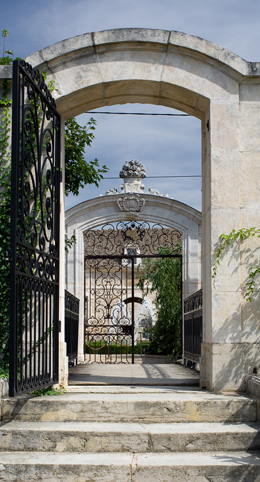 In the 17th century in Bourgogne, the influence of the various religious communities began to wane. Gradually, they sold off their plots of vines to the upper middle classes and to local nobility, whose interest in the wines of Bourgogne would grow.
In the French Court at the start of the 17th century, it was the wines of Champagne – at the time vinified similarly to Bourgogne wines – which enjoyed the most success.
However, King Louis XIV’s physician, Fagon, advised the king to take “old Bourgogne wine” as a dietary beverage. This prescription, known as the “Ordonnance de Fagon” (1693), had a beneficial effect on the sovereign’s health. And from then on, the Court took to drinking Bourgogne wines. This fashion continued under Louis XV and Louis XVI: the whole of the French aristocracy became passionate about Bourgogne wines.
Around this time, Mâconnais winemaker Claude Brosse arrived in Versailles with some barrels of his wine. A pioneer of door-to-door sales, he wanted the king to try his wines.
Meanwhile, the whole Bourgogne wine trade was shifting. Until now, it had been managed by two groups of people:

In the 18th century, the emergence of négociants-éleveurs transformed how Bourgogne wines were sold. These new traders bought wines direct from growers and then aged the wines themselves in their cellars before selling them on. Edme Champy, who founded his maison in 1720, was the first négociant-éleveur in the region.
These dynamic entrepreneurs contributed even further to the popularity of Bourgogne wine: their activity encouraged a great deal of interest in Bourgogne wines, beyond French borders.

Great Britain is a strong market for Bourgogne wines. Indeed, it was in London where the first book on the subject was published. Written by the abbot Claude Arnoux in 1728, this unique work described the region in detail. It also examined the best cuvées from each village, which were already classified according to their appellation and terroir.

In more general terms, the Age of Enlightenment was a period during which people sought to understand the excellence of Bourgogne wines. Scientists wanted to determine if the quality came from the varietals used to the make the wine, from the soil, the local climate or from the know-how of the winemaker. The vocabulary used for tasting expanded. Lovers of Bourgogne talked of color, aromas and flavors, employing increasingly precise terms.

End of the 18th century, triumph of great wines and fall of the Ancient Régime 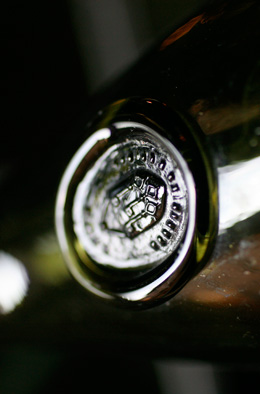 In the middle of the 18th century, the use of glass bottles became widespread, facilitating the transportation of wine, which until then had been sold by the barrel.
This also allowed Bourgogne wines to be aged for longer and thus to develop more pronounced aromas. This evolution transformed the tastes of Bourgogne wine lovers. Older wines became more valuable and more sought-after. In parallel, wines for everyday drinking were very popular amongst ordinary people, who often imitated the habits of the bourgeoisie.

In 1787, the reputation of the great Bourgogne wines crossed the Atlantic Ocean. That year, Thomas Jefferson, the future President of the United States who was, at that time, the American Ambassador to France, paid a visit to Bourgogne. He gave the first recorded foreign description of the region and noted a hierarchy of cuvées that still applies today. Under his influence, the cellars of the White House opened their doors to Bourgogne wines.

Two years later, the French Revolution accelerated the pace of change in Bourgogne.
With the fall of the Ancien Régime, the privileges of the Church and the nobility were abolished. Religious institutions and aristocrats saw much of their property confiscated, broken up and auctioned off as national assets. The big estates were broken down into plots and mainly bought up by the local and Parisian bourgeoisie.

This redistribution of the land heralded a new chapter in the history of Bourgogne, furthering the reputation for excellence of Bourgogne wines.