The climate of Bourgogne is unique. At the confluence of continental, Mediterranean and oceanic influences, it gives the region’s wines a unique identity. Slight local variations play a key role in the diversity and aromatic subtlety of the region’s appellations.

Climats : a word with a very precise meaning in Bourgogne

In Bourgogne, when we talk about “Climats” in italics and with a capital letter, we are referring to something very different to the usual meteorological meaning of the word. In this context, the Climats are plots of land for growing vines that have been delimited by winemakers from generation to generation. There are more than a thousand of them and some were identified as far back as the 7th century ! 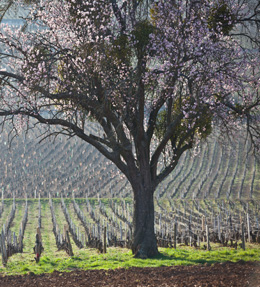 The Bourgogne region’s geographical position is fundamental to the identity of its wines. The region is at the confluence of three major influences: southerly, oceanic and continental. These unique conditions have, over time, dictated the choice of varietal. The climate of Bourgogne is mainly temperate, and has a positive influence on vine growing:

• Morning sunshine, helped by the aspect of the vines, which in winter helps limit the risk of frost damage, and in summer helps ripen the grapes (the vines receive around 1,300 hours of sunshine between April and September)
• Summer temperatures around 20°C in July and August (average from 1981/2010)
• Ideal precipitation for encouraging vine growth, with an average of 700mm annually, mainly during the months of May and June
• A northerly wind that limits the humidity in certain plots

Planting the vines on slopes also ensures good ripening. Located at between 200-500 meters above sea level, the plots enjoy the best hours of sunshine. This aspect also protects the vines from westerly winds which can bring humidity. Another advantage of hillside planting is that the water drains away more easily. These good conditions, combined with unique geology give rise to some inimitable wines.

Beyond the general growing conditions, there are two zones on the edges of Bourgogne which present some characteristic nuances:
• The southeast part of the region, in the Mâconnais, on the western edge of the Saône plain, enjoys a hotter and dryer climate coming from the South of France
• To the northwest, the winegrowing regions of Chablis and Le Grand Auxerrois enjoy a more semi-continental climate that is wetter, and are often susceptible to springtime frosts

Chablis, the Grand Auxerrois and the Châtillonnais: cooler weather in the northe

With hot and sunny summers, and long, harsh winters, the winegrowing regions of Chablis, the Grand Auxerrois and the Châtillonnais enjoy a mainly semi-continental climate. The main difference is that they are more subject than other areas to springtime frosts. To combat this occasional challenge, the winegrowers spray the vines with water, which forms a protective cocoon around them when temperatures fall.

From the Côte de Nuits to the Couchois, an exceptional aspect

Welcome to the Côte de Nuits and the Hautes Côtes de Nuits. These hills are bathed in light enjoy hot summers and dry fall weather, thanks to their continental climate.
The Côte de Beaune, the Hautes Côtes de Beaune and the Côte Chalonnaise also enjoy hot summers and often Indian summers, filling the grapes with sunshine.
The aspect and climate are such that these regions are the only ones to produce such great red wines so high above sea level. The whites are not so bad either, characterful, sophisticated and elegant.
A tiny bit farther south, the Couchois enjoys the same continental influences for a much smaller production.

The Mâconnais: the benefits of a Mediterranean climate 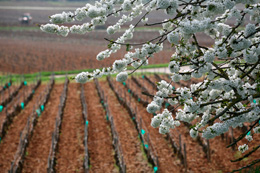 Right at the southern tip of the Bourgogne region is the Mâconnais, which bears a touch of the South! The houses look different here, and are better adapted to the sun, which is a little hotter and more plentiful, and the less frequent rainfall.

These Mediterranean influence here means that the grapes ripen slightly faster than in the other winegrowing areas of the region. It is not unusual for the harvests to begin a week or so earlier than on the other Côtes.

This dryer, sunnier weather combined with the soil and sub-soil also has an influence on the personality of the wines produced here. Why not explore the wide range of aromas they offer?